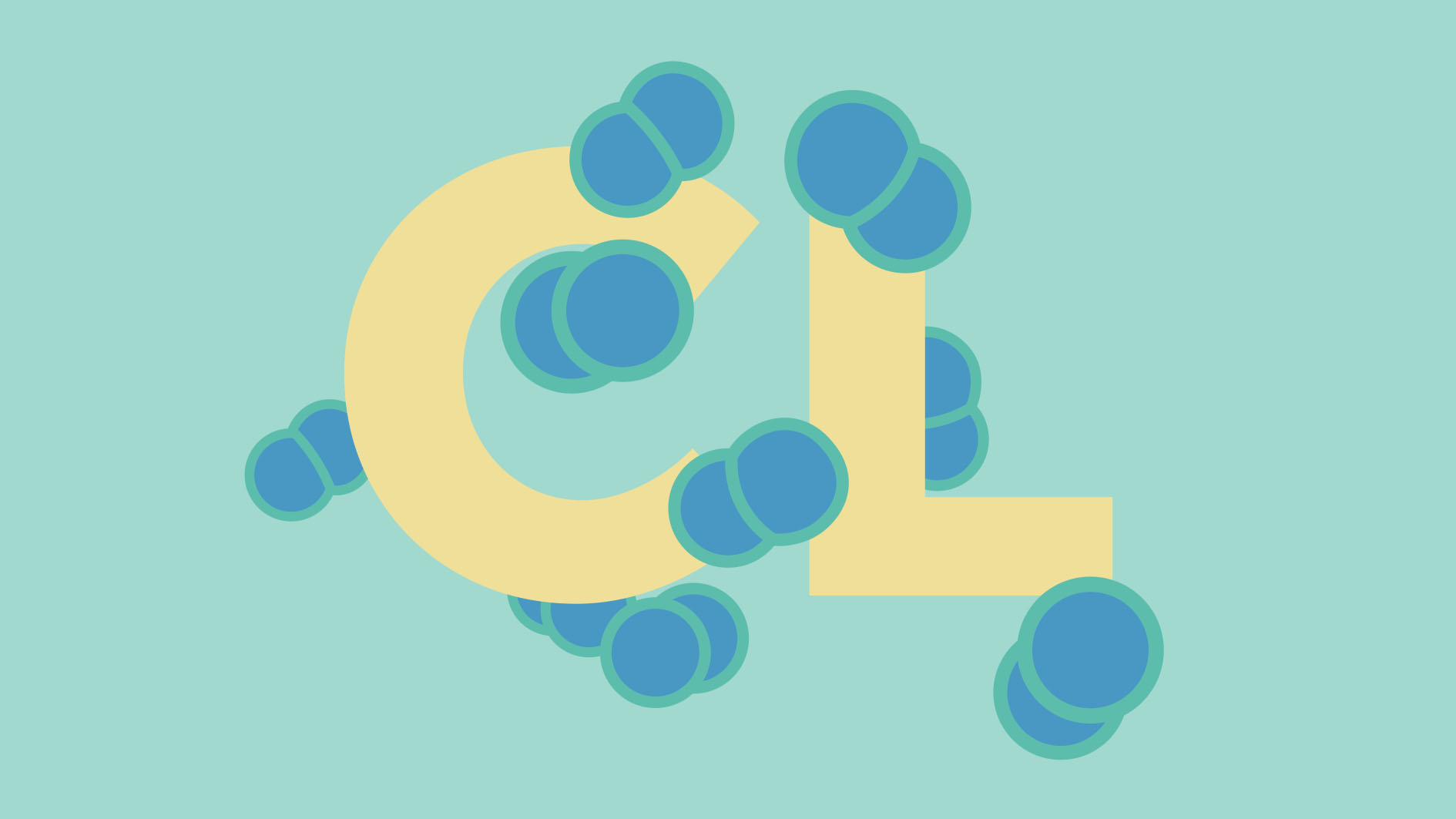 Chlorination in public water systems, is it harmful or helpful? 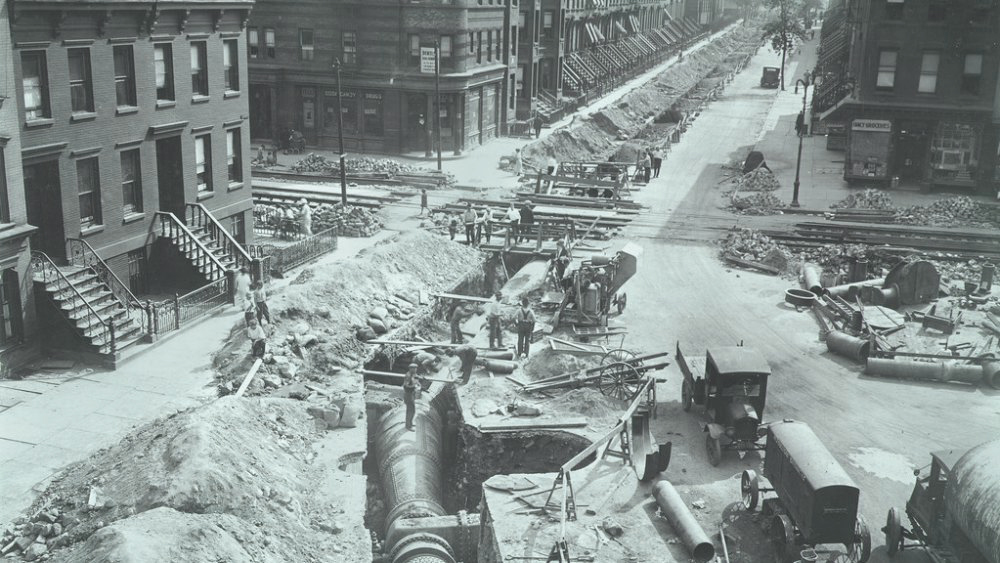 In the modern era, public water systems began to develop in cities throughout the world in the late 19th century. Of course, attempts at water transportation and sanitation have occurred since the dawn of civilization. However, with the increased growth of cities, particularly in America and Europe, a new era for public works during the second industrial revolution was born.

Although they were innovative, these projects were met with strife and concern, especially because citizens who utilized tap water at the earliest stages put themselves at risk for disease and death. The primary dangers of the system were due to the transportation and lack of water treatment.

In the U.S., cholera, typhoid fever, dysentery, and hepatitis A killed thousands of Americans annually. The introduction of chlorination, among other purification processes at municipal treatment plants, has helped to virtually eliminate diseases where implemented.

What exactly is chlorine?

Chlorine is a naturally-occurring chemical element, one of the basic building blocks of matter. Scattered throughout the rocks of Earth’s continents and concentrated in its salty oceans, chlorine is an essential nutrient for plants and animals.

In 1774, in his small experimental laboratory, Swedish pharmacist Carl Wilhem Scheele released a few drops of hydrochloric acid onto a piece of manganese dioxide. Within seconds, a greenish-yellow gas arose. Although he had no idea at the time, he had just discovered chlorine.

First used as a germicide to prevent the spread of “childbed fever” in the maternity ward of Vienna General Hospital in Austria in 1847, chlorine has been one of society’s most potent weapons against a wide array of life-threatening infections, viruses, and bacteria for over 150 years. Some of the most effective and economical germ-killers, chlorine disinfectants destroy and deactivate a wide range of dangerous germs in homes, hospitals, swimming pools, hotels, restaurants, and other public places.

Chlorine’s powerful disinfectant qualities come from its ability to bond with and destroy the outer surfaces of bacteria and viruses.

Water chlorination is considered one of the best ways to disinfect tap water based on its proven characteristics, such as: effective against most known pathogens; reduces many disagreeable taste and odors such as foul-smelling algae secretions and sulfides; eliminates slime bacteria, molds, and algae that commonly grow in water supply reservoirs, on the walls of water mains, and in storage tanks; provides a residual to prevent microbial re-growth and protect treated water throughout the distribution system; suitable for a broad range of water quality conditions; easily monitored and controlled; and the reasonable cost.

During water treatment, chlorine is added to drinking water as one of the following: elemental chlorine (chlorine gas), sodium hypochlorite solution, or dry calcium hypochlorite. When applied, “free chlorine” is formed, which destroys pathogenic organisms. This is a major step for disinfection, a chemical process whose objective is to control disease-causing microorganisms by killing or inactivating them.

Although highlighly praised (and implemented in close to all of the hundreds of thousands of water supply systems in the United States), it is not without faults. One of the main challenges if the creation of disinfection byproducts, also known as DBPs. These occur when chlorine is added to the water supply and mixes with even a small amount of organic compounds. The harmful byproducts, such as chloroform, then produce free radicals which can rage havoc on the body. Even in small amounts, they can trigger cell damage and even cancer. On a more minor note, it also carries a slight odor and if dead microbes remain in the water once the chlorine has destroyed them, it may cause an unpleasant taste.

That said, the World Health Organization states that “the risks to health from these by-products are extremely small in comparison with the risks associated with inadequate disinfection.” This is important to note because since chlorination was implemented, it has drastically improved the lives of hundreds of millions of people, resulting in a major reduction in the spread of waterborne diseases.

Initial use and mentions can be traced back to Europe in the 1890s. In 1893, Hamburg, Germany, was one of the first cities to implement it. Around the same time, the first mention of water chlorination is found to appear in a paper that was published in the country, which was proposed to render water “germ-free.” By the end of that decade, the English (who had experimented with chlorine through the nineteenth century) started to use the process in Maidstone, which is noted as the first town to have its entire water treated with chlorine. In 1905, the London Metropolitan Water Board was inspired and started to look into the process.

As water chlorination spread throughout Europe, it soon made its way to the United States. In 1908, the growing cities of Chicago and Jersey City became the first in America to purify water with this process. In present day, the chlorination of tap water is the most common method of disinfection, where it’s utilized in about 98% of water treatment plants, used to terminate bacteria and other microbes before the water is delivered to consumers throughout the large and diverse country.

In regard to Europe, while it was utilized by most countries throughout the 1900s, some have shifted away from chlorine as they found more effective ways to treat the water. This was inspired by not only the harmful effects of disinfection byproducts, but also the taste – the latter of which is a common complaint in the United States. As a result, the Netherlands, Switzerland and Germany started to implement potable water delivery systems without disinfectants that remain in the water.

In recent history, as more focus has been paid on the chlorinated byproducts, the use of alternative disinfectants have been on the rise. However, as already aforementioned, the fallout caused by water chlorination seems to be outweighed by the many perks – hence why it is one of the most accepted disinfection techniques used globally for advanced nations.

Although chlorine or treatment processes like it are an absolute necessity in our modern drinking water systems, consuming it is not. Chlorine is removed easily from water by activated carbon filters, and in fact, this is the nearly the only effect faucet-attached and pitcher-based systems have on water quality and taste. The Osmo from Osmosys removes Chlorine via their two-stage carbon filters for two reasons: to protect the reverse-osmosis membrane (as Chlorine degrades it) and to improve the taste, find out more here. 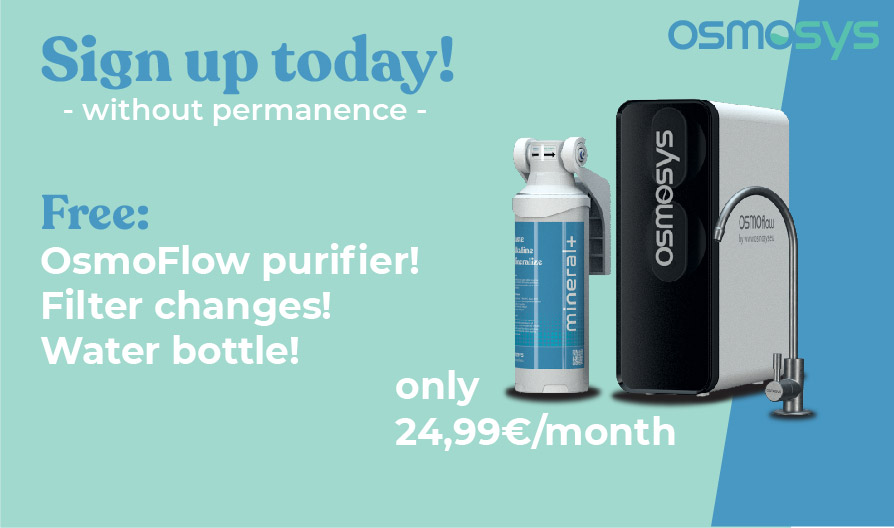 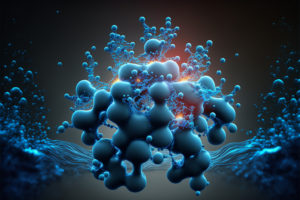 The Memory of Water: A Fascinating Phenomenon 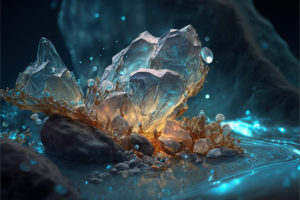 The healing power of crystals and water? 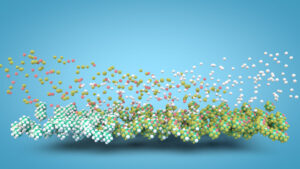 How do water softeners work? 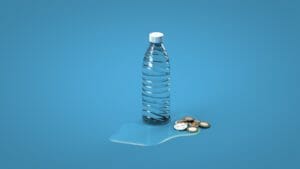 The Real Cost of Bottled Water

Made with ❤ in Barcelona